Gabriel Gomez: From Watching Animated Films To Creating Them 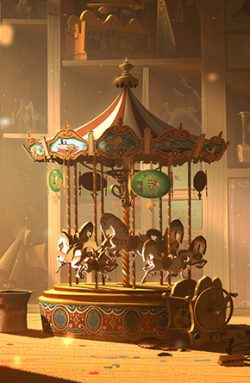 It was also a super fun experience, with the entire team being from all over the world, we were all quite close, sometimes it felt like a summer camp for animation artists […]

Gabriel Gomez grew up during the so-called “Disney Renaissance,” with films like Beauty and the Beast, The Lion King, and Tarzan as his first major influences. He would later discover Japanese anime, which meant seeing Hayao Miyazaki’s unparalleled artistry for the first time in his life. In this industry, watching a Studio Ghibli film is almost like a rite of passage. It is the ultimate goal, and it does an extraordinary job of inspiring the artists we like to write about.

In our interview with him, Gabriel told us that, “For me, Miyazaki is the master of this medium, every aspect of his work is amazing; the worlds he creates, the visuals or the expressiveness of the animation.” Now imagine how a passionate artist like this must have felt when he got the chance to work on Sergio Pablos’ Klaus. An all-new film that set out to bring traditional animation back to mainstream audiences.

His adventure started in 2015 when Sergio Pablos called him out of the blue and started showing him artworks by Szymon Biernacki and Marcin Jakubowski. Sergio told him that he wants him to be the head of character lighting, and of course, the response he got was, “When do I start?” A couple of days later, Gabriel was already in Madrid starting work on the teaser trailer. Four years later, the film finally came out, and audiences loved it! Finally, he said that “I couldn’t have ever asked for a better job experience, and I am really proud of what we did.”

For those of you who haven’t stumbled across Gabriel’s work on ArtStation or Instagram yet, there is a short introduction that helps paint a clearer picture of who he is:

I was born in South-East France, in a town called Frejus on the Mediterranean coast. I am twenty-eight years old and have one younger brother. I moved to Liège in Belgium to study when I was seventeen, and I’m still living there now. I don’t really have any work rituals, most days I just listen to Hip-Hop and start painting after a short warm-up. On a good day, I can paint for about eight hours straight without seeing the time go by. […]

Carry on reading if you want to find out more about his journey so far, the four years’ worth of work he did on Klaus, and the classical painters he finds inspiring.

It is hard to say, my father painted a little himself. He loves Picasso and Cézane, so art was in my life for as long as I can remember. But if I have to point out one event, I remember one day when my grandfather’s brother was visiting from Spain. We were watching something on TV, and he wanted to tell me about it, but I could not speak any Spanish, and he did not speak French so we could not understand each other. Then he took an envelope, did a super quick doodle on it and showed it to me.

I felt like I understood exactly what he was talking about. Kind of like “a picture is worth a thousand words,” but better because there is no language barrier. I thought it was a superpower to be able to communicate such complexity in just a minute.

I struggled with that for a long time. I remember being very jealous of some of my friends who seemed to have found their style instantly. Until recently, I felt like I was just mixing influences randomly, and I tried really hard to have my own style in vain. I think style is not something you can find or work on but it is more the accumulation of your influences, tastes and techniques that you learn on the way. It is a bit like you have to stop trying in order to get it, you experiment, learn and at some point people start telling you that you do have a style even if you don’t realize it yourself.

Could you tell us a little bit about your work on Klaus (2019)? We’d love to know about all your experiences with the project!

My Klaus’ adventure started in 2015. Sergio called me out of the blue and started showing me images from Szymon and Marcin. Obviously, my mind was blown. Then he offered to make me the head of character lighting on the project. It was a brand new position on a 2D movie and I just asked “When do I start?” without even really understanding what he was offering. A few days later I was in Madrid feeling like I hit the jackpot, meeting my heroes and working on the coolest project I had ever heard about.

I worked on the teaser for about eight months and it was an amazing experience because we were a very small team so I got to do a bunch of different things on it. Then I came back home waiting and hoped that the project would get made. About two years later, the good news came and I went back to Madrid. I arrived to work on the movie as a background artist with a freaking amazing team. About halfway through the production, I got promoted to supervisor. I could not have ever asked for a better job experience and I am really proud of what we did.

Tell us about The SPA Studios, too, what’s working for them like so far?

Working for Sergio is really inspiring. He puts the bar very high, which pushes everybody to improve. It felt like being part of animation history. To give you an example, above my desk there was a poster of the iron giant signed by Brad Bird, and under my desk, there was a bunch of original cels from The sword in the stone and other classic Disney movies. It was also a super fun experience, with the entire team being from all over the world, we were all quite close, sometimes it felt like a summer camp for animation artists. Even when deadlines were hard to meet, it always felt like it was worth it. I would certainly never change it for anything else.

I’m guessing you’re a big fan of animation after working on Klaus. Please tell us about your favourites in that medium.

Like most kids who grew up during the second golden age of Disney, I was very influenced by those movies during my childhood: The Lion King, Tarzan, etc. Later I discovered Japanese animation, meaning movies by Satoshi Kon, Cowboy Bebop and Tekkonkinkreet to name a few, but my biggest influence by far is Hayao Miyazaki. I love all his movies, I still watch them about once a year.

For me, he is the master of this medium, every aspect of his work is amazing; the worlds he creates, the visuals or the expressiveness of the animation. His movies showed me animation is limitless, both artistically and in its story, and I think my love for his work is quite obvious in my own paintings. Princess Mononoke and Nausicaä for example will always be two of my favourite movies of all time, to make something like that is the goal I strive to achieve.

We are currently experimenting with Radio Vox Groovy—our very own Internet radio. The RVG programmes include: Art Relax, VoxStream and VoxBox as of November 2020, but we will be introducing new ones in the foreseeable future. 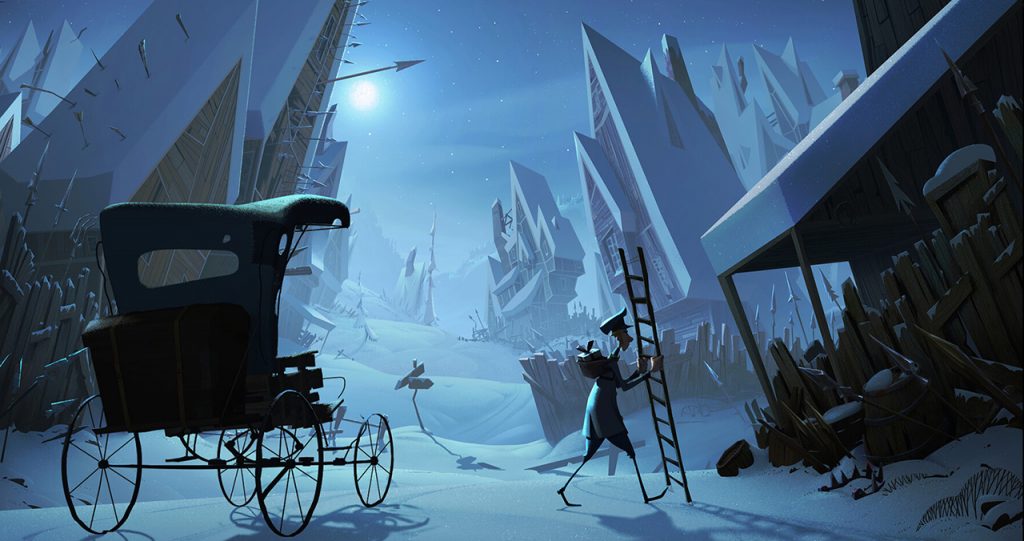 What are some of the main inspirations behind the work you paint for yourself?

Apart from those mentioned above, I’ve always been a big fan of the impressionist movement, Monet, Van Gogh, Sisley. Colorwise, I would say Sorolla (the Sorolla museum in Madrid is my favourite in the world if you get a chance to visit, don’t hesitate). I also really like Japanese print art, Hiroshi Yoshida and Shiro Kasamatsu for example. Alexander Votsmush and Eyvind Earle, for the stylisation, and for contemporary artists, Nathan Fowkes, Alberto Mielgo and Tadahiro Uesugi are the first to come to mind. I also get a lot of inspiration from live cinema: Kubrick, Kurosawa, Tarantino, Paul Thomas Anderson and Wes Anderson for example.

What about the Spanish art scene? What’s the atmosphere like over there?

Well, while I was in Madrid, we were all very focused on making Klaus, we were in a bit of a bubble so I didn’t really get to experience the art scene over there except for the big museums. Among the Reina Sofia, Prado and Thyssen, you can spend weeks in Madrid enjoying masterworks, it’s an amazing city for that. I wish I had more time to enjoy the current art scene over there. The people in Madrid are great and very friendly and the art community seemed more opened and laid back than in Paris for example.

Your colour palettes are quite something! Do you have any advice for aspiring artists who want to improve in this department?

To improve your colour work, I would say first take a look at James Gurney’s book «Color & Light», you will find a great theoretical base there. Then study nature, really look at light and try to understand how it works. You can also copy some master paintings and try to reverse engineer their palettes. But then it is a lot about personal experimentation. Playing with photoshop layer modes, for example, is a good exercise to see what works and doesn’t, and to get you used to get out of your comfort zone and work with very different colours from one work to the next.

What’s next for Gabriel Gomez?

I’ve been quite busy this year working on movies remotely as visual development artist and production designer. I’m also creating my own very small pre-production company called Citadel Animation, with which I’m already working on some really cool projects that I’m very excited to start talking about in the near future.

I’m also working on a series of video tutorials focused on visual development and colour, trying to do something more focused on animation artists who want to develop their work a bit further. On them I will be focusing on some more «advanced» subjects when compared to other tutorials, exploring shape language, composition and colour iterations for example.