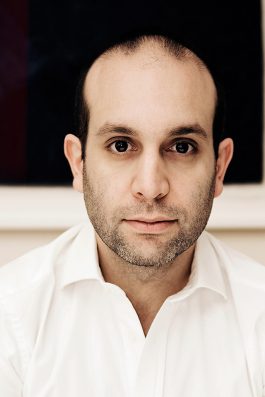 When Ghost of Tsushima (2020) was first released back in July, the game was instantly met with glowing reviews from all sides. Our community was taken aback by the story, and players found themselves immersed in Jin Sakai’s mission to protect Tsushima island during the first Mongol invasion of Japan. For many, the highlight of this whole experience was in the now-famous “Siege of Yarikawa” mission, right after you defeat General Temuge and unlock the Ghost Stance ability. In this moment, the people of Yarikawa turn around with newfound strength, leaving the enemy with no choice but to retreat.

For the team here at Vox Groovy, this scene was our first real meeting with Ilan Eshkeri’s work. He is the award-winning composer behind the game’s OST, and in turn, he’s also the one who pushed this chapter in Jin’s life the extra mile through sound. Now it will be fondly remembered by this generation of gamers for years, granting the PS4’s last exclusive a permanent stay in the community’s collective memory.

There is much to be learnt from listening to Ilan, and we hope that when you hear it, you’ll feel your own drive to create burn brighter. 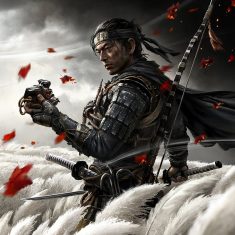 …work goes far beyond the world of video-games and entertainment. Our talk with him taught us all about that. Whether it’s his collaboration with astronaut Tim Peake and the ESA or his most recent project with Sir David Attenborough, Ilan chooses projects that deliver powerful messages and impactful stories, all of which are highly relevant today. He is a bastion of true artistry, always prioritizing the vision that he and his team set out to realize.

The choices he makes when selecting projects are often informed by the kinds of emotions he wants to immerse himself in while he composes the music. Projects like Still Alice (2014) and The Young Victoria (2009) showcase his ability to truly feel the story he’s telling, and if you take the time to listen, you can hear the sincerity so clearly.