Michal Sawtyruk on Painting What You Enjoy

People hire you for the
things they see on your
portfolio, so if you don’t
want to be frustrated
all the time, start
creating and sharing
your favourite
art […]

Michal Sawtyruk is a digital painter and illustrator based in Warsaw, Poland. His work was recently published in THE BEST POLISH ILLUSTRATORS 2—a hefty art-book that features some of Poland’s best contemporary artists. A few well-renowned ones have already been featured on Vox Groovy. But today’s interview is with someone whose work we absolutely love! Sawtyruk has a wonderful collection of personal artworks on ArtStation, but he’s also had the opportunity to work with 3DTotal, DreamWorks Animation and Platige Image in the past.

We’re going to talk to him about why you should only draw what you enjoy, and what that could mean for your future as a creative professional. As well as that, we’ll be looking at the ongoing changes in the Polish art scene—specifically at how digital art has changed the industry’s landscape for the better. Finally, you’re going to learn more about Sawtyruk’s journey and personal approach to creating art.

The editor and Sawtyruk are both hoping that you’ll learn something new. At least you’ll have a good reason to paint your favourite things, if nothing else.

I grew up in a small-town east of Warsaw, where I spent a lot of time skateboarding and drawing things for fun. One day, I saw some fantastic digital paintings and tried to find out how they’re made. I realized that it would make for an interesting career path, but I came to this conclusion much later than the average artist. I moved to Warsaw to study art in my twenties, and during that time, I was slowly building up my portfolio. After two years of study, I started working in a studio and doing small freelance commissions on the side. I kept working on my craft until now, and the only thing I’ve left out are some ups and downs that came with the passing of time. 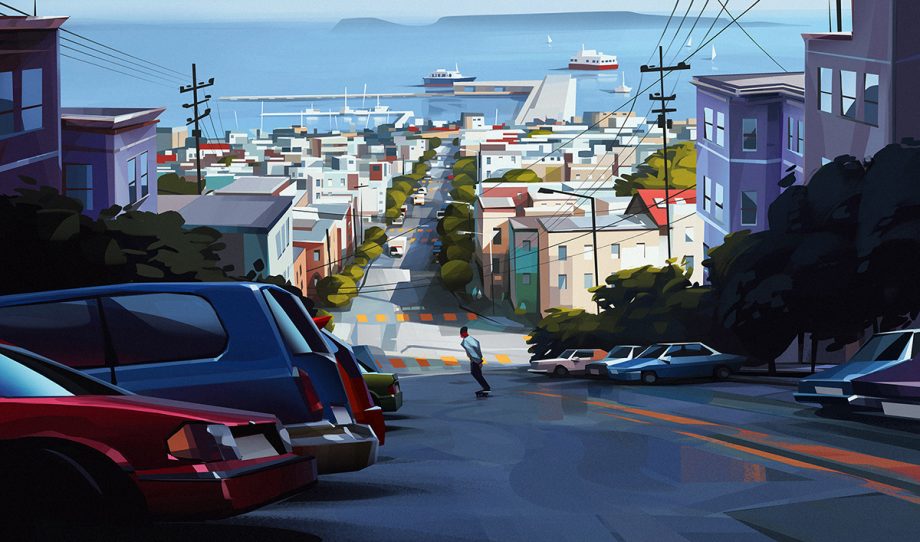 I never thought too much about my style. Maybe in the beginning, when I tried mimicking other artists and studying them too much. I’ve always loved certain work and I filled my brain with the images I liked the most. A style reflects experiences, tastes and personality and I honestly think that it developed on its own. When you’re forcing your style too much, it will feel a little bit fake and you’ll miss out on other aspects of your work—your voice and your vision become less important. I feel that it shouldn’t be forced, it should be happening rather organically.

But I don’t know, that’s just my take on it. 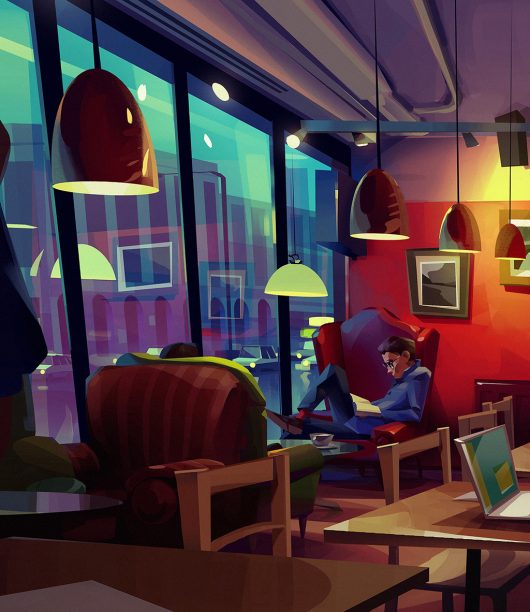 You were featured in SLOW magazine’s THE BEST POLISH ILLUSTRATORS 2 earlier on in the year. Can you tell us a little bit about the book?

THE BEST POLISH ILLUSTRATORS 2 is a 312-page album featuring concept artists and illustrators from my home country, and I was fortunate enough to be amongst them. The book was one of the few publications by Slow foundation and the main goal was to introduce Polish concept artists and illustrators to the rest of the world. Several people on the list are well known in the industry, but I was also surprised by some talented artist I haven’t seen before. It’s a beautiful book with fantastic art, and I recommend it just as an inspirational album for your collection!

Anton Fadeev is a well-known concept artist who specializes in environment designs.

Those of you who continue to actively play Duelyst (2016) are more than likely to be familiar with Fadeev’s unique art style. After all, it’s used for the vast majority of its marketing art, but also makes appearances all throughout the game. Interestingly, Fadeev was given more creative freedom than we initially thought, he said that, “The creature I added to my ‘Whistling Blades’ painting is there because a storytelling element made it more interesting to look at. The creatures were like ants, but far quicker and bloodthirsty. This character was then added into the game.”

After that, he went on to say that many of the games’ factions had their colour palettes changed after he first painted their locations. It would seem that this artist had a massive impact on the game and its breathtaking art. I hope to see more indie game developers adopt this stance because creative freedom can be very motivating for the art team.

We’re going to publish our exclusive interview with Fadeev in the coming weeks. Stay tuned if you’re interested in learning more about the artist and his personal style. 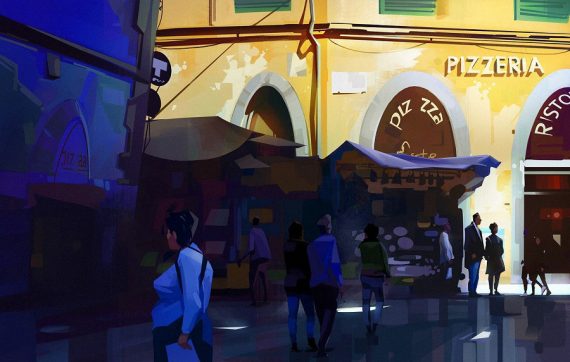 Is the Polish art scene undergoing any changes because of the rising popularity of up and coming digital artists who are currently in the country?

When I was slowly beginning to learn about the industry, there were already some well-known digital artists out there. Right now, social media is making things much easier because we can reach a wider audience, and that gives us a chance to be seen by more people than ever before. There are a lot of new names showing up, and it’s hard to keep up with them. A project called Polish Digital Art that associates Polish digital artists and 3-D artists started up a few years ago. There are some concept art and design schools in Warsaw, and I don’t remember anything like that when I was first starting out. There are more events and the art community is clearly getting much bigger. Honestly, it looks like it’s changing in a good way.

Tell us about your favourite artists, classical or contemporary, and describe how they influence the work you do.

There are a lot of artists, classical or contemporary. Neil Ross, Paul Felix, Mike Mignola, Sergio Toppi, Moebius, Wyeth and a great many more. The list is long, and besides the painters and designers, there are also talented photographers and film directors I admire. I am interested in all the visual languages. When I find someone’s work appealing, I always try to research who inspired that person and see how he started. It gives me a better perspective. 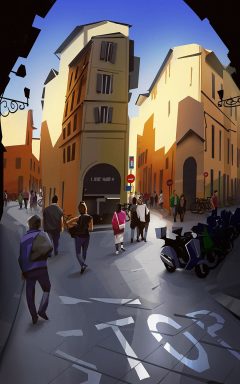 I do things using a different method each time. I guess it depends on the weather. Sometimes, I start sketching B&W thumbnails, and other times I’ll start off with simpler colour sketches. The goal is to sketch out an idea without focusing on other technical aspects, and that allows me to see if it’s going to work. After settling on a composition, I work on defining the objects. I like the method of designing the basic flat shapes before digging into the details. If things read well as a basic shape, then everything will look much clearer when you get to the finished piece.

After that, it’s just detailing and adding colours to the palette until I finally decide that I’m done.

Please give us your No. 1 piece of advice for aspiring digital artists.

I know it’s a cliché, but don’t desperately follow the trends just to get into the industry. Basically, do what you like the most and show it off in your portfolio. Don’t show the stuff that you didn’t like working on just because there is a company logo attached to it. People hire you for the things they see on your portfolio, so if you don’t want to be frustrated all the time, start creating and sharing your favourite art, and hopefully you will get to where you want to be.

you ever wonder – yes, we do play analog quite often. 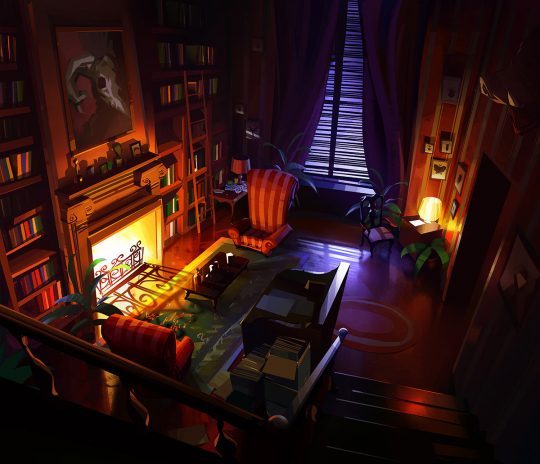 Digital art makes it a lot easier to “cheat” by using 3D, painting “over” photographs, photo-bashing, etc. Is this why there are still people who disapprove of digital art?

Everything is a tool when it comes to creating art. When Vermeer was allegedly using his optical device to paint, he was basically tracing, but was it cheating? I don’t know, and I don’t really care that much. I mean, when I see his work, there’s just something about it, and the same thing happens when I see a beautiful digital painting with some texture in the back. Painting on a computer is much quicker, but it is not easy, you’ve got to know your stuff to make it work. Also, there is this objectivity issue that makes traditional art seem more valuable than zeros and ones. 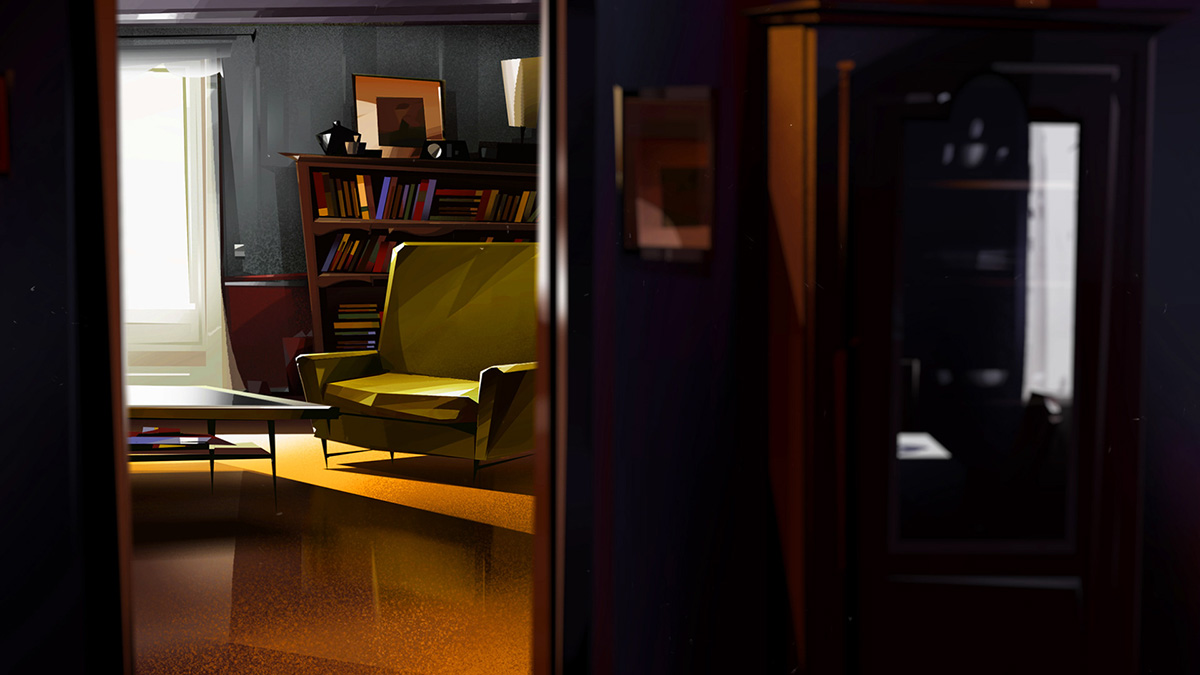 What’s next for Michal Sawtyruk?

I am working on a small personal 2D animation project. I decided to try something new and bring more purpose to my paintings instead of doing it just for the sake of doing it. It’s almost finished, but I don’t expect much, we’ll see how it turns out soon enough.