Jessica Curry: Rapture’s Music is All about Humanity

…To see the beauty, the ridiculousness, the wonder, the hope, the sadness, the sheer magnificence of the world around us. I exhort you to laugh, love and really live.

Jessica Curry is a renowned composer whose name has become synonymous with musical mastery over the course of time. For years, she’s been able to compose music that naturally evokes a plethora of unforgettable feelings, memories, and images. As well as that, she’s had the opportunity to work as one of the directors of an independent video game developer – The Chinese Room. Without a doubt, their newest release – Everybody’s Gone to the Rapture – boasts many awards and nominations thanks in large part to the soundtrack.

Most people agree that music shouldn’t be seen as a background for another art form hence binding it to live in the shadow of the latter. You’ll soon discover that one individual was involved in both game development and musical composition for Everybody’s Gone to the Rapture, allowing complimentary art forms to flourish in each other’s presence. It’s amazing to think about the way that the elements help each other break into the unreachable areas of aesthetics. This harmonious balance between two art forms was brought into the spotlight by various influential media outlets, although it’s unmissable for anyone whose played the game.

Everybody’s Gone to the Rapture is a short game akin to an interactive novel. The interweaving of visuals and music allows for a haunting atmosphere as you uncover the truth about what happened to the people who once lived in the suddenly abandoned village of Yaughton. All in all, the game is about humanity, human relationships, and unspoken forces that may be endangering us. 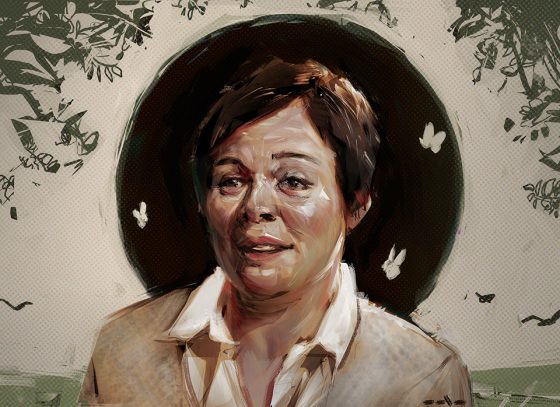 “Jessica’s work shakes me to my core, inspiring feelings of joy and sadness that can only come from a creative at her most vulnerable and sincere. Her compositions are an unwritten language I already spoke fluently. For this reason I felt a great deal of pressure on my assignment. This illustration went through five iterations, more hours than I could count, and several all-nighters—and that’s for the work that isn’t shown here—all because I knew there was no illustration that could do justice to all that Jessica Curry has done for me. As a composer, she is the first with whom I would choose to collaborate. And though we’ve never met, between her music and her approach to life I feel like she is already my friend.”

What were the initial ideas that were thrown back and forth after everyone had read the plot of “Everybody’s Gone to the Rapture,” and how did they change over the course of time?

Rapture’s music went on quite a journey! The music started out as more of a soundscape, with distant bells, then I played around with time-stretching, then I went deep into 80’s synth territory, and after about a year of experimentation I started to settle into how I wanted the music to sound. Then something magical happened! I was singing in a concert with my choir and the soloist was Elin Manahan Thomas. She started singing and I knew immediately that she was the voice of Rapture. After this the music virtually wrote itself as I could hear Elin as I wrote – it was a joy.

What musical background and influences do you bring to a project?

I am not classically trained and I think that that gives me a different perspective on the music that I write. It’s often being stated that my chord progressions are quite unusual and I think that’s because sometimes I’m not aware that I’m breaking the rules! I read English Literature at University and I was very intimidated by the people who had trained at conservatories and academies. There is so much musical snobbery, and I spent many years wishing I was a “proper” composer. I am now determined to embrace the composer that I am and to believe all the people who very kindly write to me to tell me how much my music means to them. 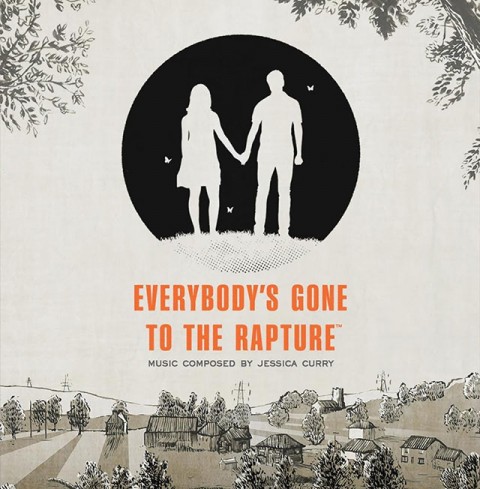 What techniques did you use to develop musical ideas/material for the soundtrack?

I think that most creative people would agree, making anything is a process of elimination. You’re saying – “it’s not this, it’s not this, and it’s definitely not that!” So I would say that the technique that was more important than any other was quite simply time. The act of creation is a real slog, with some irreplaceable moments of joy in between.

Talk us through how you told the stories of the characters in Rapture through music.

Each main character has their own song and I loved working closely with Dan [Pinchbeck, creative director] to weave narrative through the music. Dan wrote beautiful words that express the inner life of each protagonist and I think that the songs really help to give the characters depth. Rapture is nonlinear and open-world so the music also had to act as a guide to the player. Creating distinct themes for each main character was one way of aiding the player locate who they were listening to. (Remember there are no character visualisations in the game!) I love telling stories through music.

Describe the relationship between the sound and music in Rapture.

The music and sound in the game sit very closely together, dancing with, and feeding one another – a wonderful fusion encasing the player in an incredibly knitted-together sound world. As well as the scored music, I worked with our sound designer Adam Hay to create an amalgam of procedural music and audio, giving each player a unique musical journey. The procedural music I call the ‘ghost echoes.’ Carefully chosen music fragments are manipulated to provide a haunting, emotional experience.

What does one have to experience in the past, in order to compose a soundtrack as emotional and thought provoking as the one for Rapture?

I think all of the best music comes from a deep and personal place – music is so good at expressing joy, pain, heartbreak, love, passion, despair. To create something truly meaningful I think it’s important to throw your life experiences into your work. I had experienced a deep loss prior to my working on the game and I think that you can hear that in the music – which at the end of the day is about celebrating the brevity and therefore the utter preciousness of life.

Are there any personal experiences you’ve had in the past that affected your musical thinking, eventually provoking a new way of composing music?

Like I said, I’m not classically trained and that is very freeing in a way. It can be frustrating but on the whole I like the way that it makes my music sound. Every experience you have – motherhood, loss, marriage, friendship, grief – gets soaked up creatively and I personally find composing a really useful way to process my emotions.

You’ve collaborated with other notable musicians when working on the soundtrack, how did they influence the music?

Quite simply, the calibre of performances that the musicians and singers offer up in Rapture take the music to the next level. I was overwhelmed by the skill and virtuosity of the musicians and my jaw literally dropped to the floor when they began to play on the first day. I always say that being in the studio is where you let go of the music – if you have the right players then you can trust them to interpret your work and go to unexpected, surprising beautiful places.

Rapture expresses a fantastic amount of humanity – because humans are absent. Is there proof in the pudding?

Rapture is all about humanity and the connections that we form while we’re on this crazy and wonderful planet. It’s the most beautiful story and it was a privilege and an honour to be involved.

All images used with permission by the artists;
© Jessica Curry or their respective copyright holder;
Reading by Josh Portillo;