RVG aims to bring its listeners the best of both new and old music on a regular basis. Of course, it goes without saying that Vox Groovy’s staff is very passionate about a variety of musical genres, so you can expect to hear a number of different sounds. Our trusted radio hosts will always choose the artists’ best songs, introduce the listeners to the program’s overall theme, and walk them through the idea behind it during the show’s 2-hour slot.

We would like to spotlight solo artists, bands, and even lesser-known sub-genres, so there’s definitely a lot to look forward to!

Do you want to add new songs to your playlist? Don’t hesitate to tune in and get inspired.

RVG’s new Liminal Spaces program is our first foray into astrology and the archetypal nature of the planets. We started off by exploring the age-old Hermetic axiom, “as above, so below.” In this context, discussing how the stars’ movements seemingly affect our daily lives. In the past, these sorts of ideas weren’t seen as controversial or outlandish. Ancient civilizations practiced astrology for millennia, and it played a part in many significant decisions throughout history, from the founding of Baghdad all the way to the coronation of Elizabeth I of England. But why did astrology enter into a dark age after the Enlightenment period if it was so useful before? And how can we rediscover its secrets and begin to utilize the tradition again?

The first step would be to familiarize yourself with your birth chart. This is essentially a snapshot of the universe as it was at the moment of your birth. Reading it can help elucidate aspects of your life and personality, usually with varying focus depending on which school of astrology you or your teacher adhere to.

To sum up, you will learn new things about both astrology and yourself here. This is where Nina comes in, as she plans to teach you more about the symbolic meanings of the nine planets beginning with the sun. 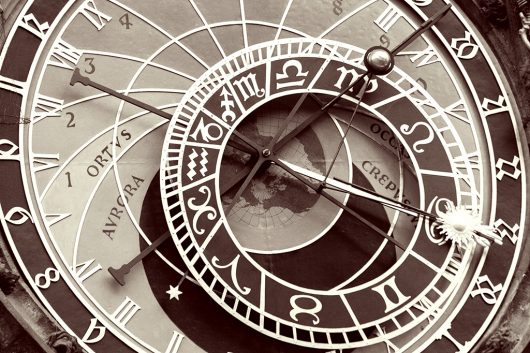 After that, we made it to the final part of Tuesday’s broadcast and chose to take a break from the previous topic and all its complexities. Instead, we told you about ghosts and their place in British folk-tales and legends. Consider tuning in if you want to learn something before relaxing and listening to the story of the poor black lamb that haunted an Irish family for weeks after a peculiar accident.

Art Relax is a hand mixed show utilizing more than one cutting edge audio technology in order to bring forward the fascination of our distributed studio. As broadcasting was revolutionized by digital audio—in good and bad ways, our team has done its best to cut back on the drawbacks.

Art Relax [.sk] version, is a special program for Slovaks living abroad. According to the UZZS, there are more than 1 million Slovak nationals in different countries from around the world. With over 560,000 in the US, 90,000 in the UK, and 50,000 in Canada.

Art Relax is Radio Vox Groovy’s flagship program, and our team is working around the clock to make sure this 2-hour slot is worth your while. The aim is to continue to curate a library of over 5,000 songs—making sure that it encompasses everything from prog’s hidden gems to surprises like the newly-discovered “early jazz”. Using this music library, RVG builds wonderful playlists to accompany each show’s 3 art-related themes, all of which are typically chosen by our experienced radio hosts.

Our definition of “art” is quite broad, so you can expect to find us discussing film, games, paintings, etc. All of these are explored through RVG’s unique lens, but if you’re a regular listener, you’ll soon find that the four radio personalities will allow their individual preferences to shine through sometimes, giving you more than just one “unique” lens to work with.

With this in mind, we hope that you’ll tune in to listen to our next show!