Katia Bourykina about Her Personal Style 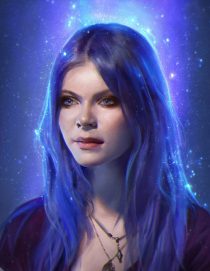 …It doesn’t matter if it seems hard, you’ve gotta continue.

Yekaterina Bourykina is a 3-D character artist from Russia who currently lives in Woodland Hills, California together with her boyfriend, Geoffrey Ernault. After she graduated at the Art Institute of Dallas, she went on to work for Picture Plane Imaging where she gained confidence as an artist before leaving to work for Blizzard Entertainment. Now she is working on personal artworks and is focused on growing as an artist as opposed to commercial projects.

How did you first get into the games industry?

I went to the Art Institute of Dallas wanting to become an illustrator or a manga artist but instead came out a 3-D artist who aspired to work in the game industry. Having graduated, I started off at Picture Plane Imaging where I worked as a generalist who created a variety of different things like game covers, posters and advertisements among others. I learned about working in different art styles and about dealing with clients thanks to the amazing team that worked there! I think that It has helped me a great deal.

How did you know that you wanted to become a character artist?

I didn’t know until about a year into my studies. I wanted to become a character artist and I enjoyed coming up with the costumes that the characters can wear very much! I wasn’t a fan of 3-D before that because 3ds Max was a jerk. It wasn’t until my last year’s class on character modelling (that I did my best to avoid) that my teacher asked me why I didn’t raise my hand when he asked us who was interested in character modelling. He said that I was not so bad at it and that started me on my path to become a character artist, that and coffee… lots and lots of coffee. 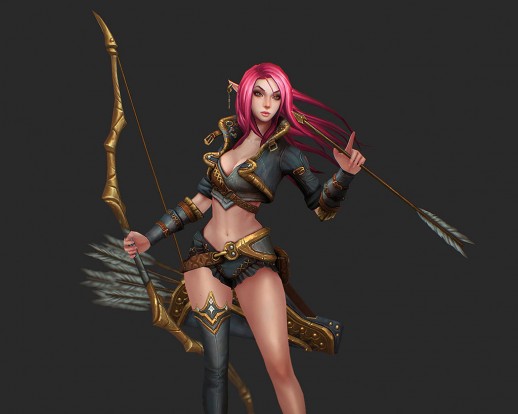 My personal style is inspired by Korean artworks, especially the works of Kim Hyung-tae who has been one of my inspirations for a while now. I admired his artworks before I even knew his name and fell in love with Jeong Juno shortly after. I also like Jeong-Won and J. Scott Campbell if anyone’s looking for anymore cool art.

What advice would you give to an aspiring 3-D artist?

ArtStation posted some of the career tips that I wrote after I attended Anthony Jones‘ Artist Mixer and I ended up putting a list of things together for people who are just starting out. Here are some of the tips: 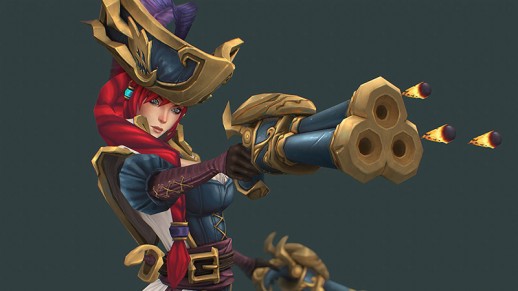 What’s the best piece of advice you’ve ever received?

The best piece of advice I’ve ever gotten was always this: “you can do anything as long as you work for it.” I’ve heard similar things from other artists in the community and I agree with it because I see that people who work toward their goals achieved them after they put time into it and never gave up. It doesn’t matter if it seems hard, you’ve gotta continue.

What software would you like to learn in the future to better yourself as a character artist, and why?

I’ve been wanting to learn Maya for years, even though I use 3ds Max for just about everything. I learned to animate in Maya at school, but I never had the chance to use it for modelling. A lot of my friends use it and they love it (for the most part). I hear that MODO is good as well and I need to get into Quixel, Substance Painter and PBR in 3D-Coat. I really need to get used to the PBR texture pipeline and that is one of my main aims in the near future.

How has working at Blizzard Entertainment helped you become a better artist?

I had the opportunity to work with some of the most amazing artists in the industry. They are some of the nicest and most humble people that I have ever met and they were always there for me when I needed them. I am very thankful to the team I worked with, the first one is Tyson Murphy who was my lead and who is great with both colour and light! There’s also Robert Sevilla who can design anything at the drop of a hat. Next, we have Kelvin Tan, Jon McConnell and Christopher Hayes as well as everyone else who’s a part of the team.

What’s the biggest challenge you ever had to overcome?

I used to think that the biggest challenge was when I chose to leave Picture Plane Imaging to rework my portfolio for half a year and pursue my dream of working at Blizzard Entertainment whilst living off my savings. As it turns out, my biggest challenge was leaving Blizzard a few months back to work on personal art. My boyfriend (Geoffrey Ernault) and I moved to Woodland Hills, California, which meant that I would have to drive in LA traffic every morning and evening. That’s almost 150 miles of driving everyday. I decided to leave World of Warcraft behind and focus on growing as an artist.

I struggled during the first month, it was hard for because I wasn’t part of a team anymore. It was especially bad because the team I was a part of before was amazing. This made art unbearably difficult and I lost the motivation to do anything. I’ve never felt like this before. I was depressed in my late teens and since my parents didn’t believe in psychologists or psychiatrists and have old school Russian values, I learned to deal with it on my own. I worked out everyday, had a group of supportive friends and there were positive affirmations too. I became quite positive a little later on and only had a few hardships down the road – this was one of them. It’s been a hard few months and I overcame it thanks to my amazingly supportive boyfriend, as well as the responsibilities that I cannot ignore. These responsibilities forced me to socialize but it was still tough. I still have days when my system shuts down and I have to take a nap, although it is getting better with time. I’m staying awake during the day and I think the days are becoming brighter which makes it easier to smile whilst talking to people. This isn’t something I like to talk about often but I feel that it’s important to share it with others so that they don’t feel alone and so that they know that it’ll get better in the end.

What’s next for Katia Bourykina?

That’s a good question! I’m not sure about what I’ll be doing and I think I’m starting to be okay with that. I’m getting into drawing and character design and that’s something I’m pretty excited about so I’ll be sharing that with my Patreon supporters! As well as that, I’m planning on working toward smaller 3-D projects such as creatures, weapons and props whilst working on my mains ones like my Jenesis project and my new Alice character and her mount, Bun Bun the White.

All images used with permission by the artist.
© Katia Bourykina or their respective copyright holder.