Ori and the Blind Forest’s Soundtrack 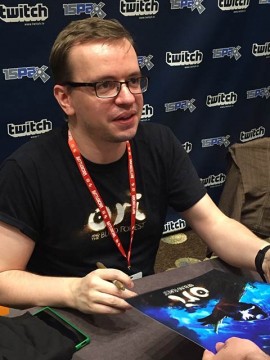 …I guess we’ll just have to wait and see what ‘more Ori’ could actually mean.

Gareth Coker is a Los Angeles-based composer who received his education at the Royal Academy of Music in London and at the University of Southern California in Los Angeles, studying both composition and film scoring respectively. Having visited and or lived in different countries, Gareth has been influenced by many cultures which have found their place in his music. Since he moved to Los Angeles in 2009, Gareth has worked on various different projects through which he gained a foothold in the industry – with the most notable one being Ori and the Blind Forest.

You’ve worked on Ori and the Blind Forest as a composer for four years before it was released, tell us about the journey.

It started from an eMail from Thomas Mahler, the director of Ori, after he heard some of my music in various places online. He then asked me to score the prototype for the game, which was then pitched to various publishers. Microsoft ended up biting, and the rest is history. 4 years may seem like a long time to work on the game, but I wasn’t just composing for that whole time, I was lucky enough to have full access to all the builds, the game’s engine (Unity), had input on all parts of the game, a very unique aspect of Moon Studios as it’s unusual I think for a composer to have much input outside of musical direction.

Things really took off at E3 in 2014 when we released our first trailer to the public. I think that’s when everyone realized we were potentially working on something special and it really galvanized everyone to go the extra mile to get Ori to the final build that the public ended up playing.

What musical background and influences do you bring to a project?

Lots of potential answers to this question. I’ve been lucky enough to live on several continents, travelled all over the world before I was 18 (and technically still ‘travelling’ now as I’m British but living in Los Angeles). When you live in multiple countries, and travel to even more, you are – by process of osmosis – going to gain an appreciation for that country’s culture, and inevitably some of that may end up in the art you create.

I also spent 10 years in boarding school in England, living with people from all over the world. There are pros and cons of boarding school for sure, but with all the cultural backgrounds, you generally end up having quite a progressive and appreciative world view. Humans are capable of amazing things, no matter where we are from, and I don’t think enough people realize that.

Then there’s my traditional music background. I studied for 4 years at the Royal Academy of Music in London, another year at the University of Southern California. I’ve been studying piano since I was 8 years old, learned trumpet, trombone, organ on the way, played in orchestra, jazz band, sung in choirs, the list is endless!

On any project, it could be one, or all of these things that influence the work I do. 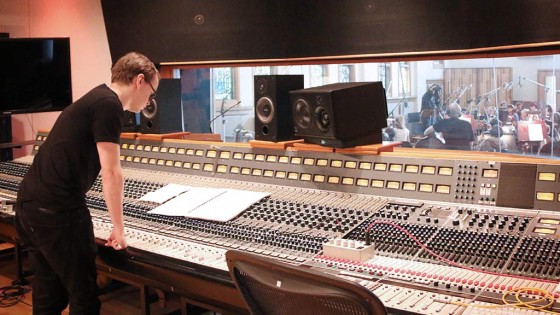 What techniques did you use to develop musical ideas/material for the soundtrack?

Trial and error! In terms of traditional compositional techniques, it’s not really one thing or the other. The two main focuses were establishing a strong melodic theme for the game, and also to make sure that each area of the forest of Nibel sounded unique. Forlorn Ruins, for example, sounds very different to the Thornfelt Swamp. However, they are unified by the fact that there are fragments of the main theme in both areas.

When writing, I would always have a video in the background of whatever part of the game I was working on, which also had sound effects. I would simply write music to that video and tried to make sure that it ‘felt’ right to me. Because if it doesn’t feel right to me, there’s no way I can expect it to feel right for anyone else. As a gamer for most of my life, I feel like I have reasonably solid intuition when it comes to finding the right feel for a scene, but it also comes from not just knowing what feels right, but also what doesn’t feel right.

The relentless testing is not just limited to music, every department tested not just looking for technical issues, but also for pacing and ‘feel’. This requires great synergy between everyone in the studio, which is rare, but something we were lucky enough to achieve on Ori.

Tell us about the challenges you were met with when scoring the soundtrack for Ori.

The sheer amount of work, and prepping everything for the recording session with orchestra was something I’d simply never done before. None of the work is particularly difficult, but it requires a lot of hours of gruntwork which I wasn’t quite prepared for (but we survived and the results were fantastic).

The other challenges were mainly to do with logistics and implementation. The prologue, for example, has several different cues, and they all need to flow seamlessly into one another. You’re basically doing a jigsaw puzzle, but also constructing the pieces as you go along. It also took a while to get used to the fact that Moon Studios is a distributed studio, with its members located all over the world, this has advantages and disadvantages. The first year or so working like this was tricky, but during the course of development we were able to fine tune things and find a working methodology that worked for everyone in all the different timezones.

You collaborated with other notable musicians when working on the soundtrack for Ori, how did they influence the music?

Musicians are able to bring their own voice and own interpretation of the music, not to mention tremendous technical ability. They’re able to bring a level of emotion – and not just the soloists but all the orchestra – to the music that doesn’t exist when working with just computer-based digital samples. While the musicians didn’t influence the composition of the music, they were able to take the performance to another level that didn’t exist before, and perhaps that level is not something I might have thought of by myself. Working with other musicians – frankly – is one of the easiest ways for a composer to take their music to a new place. I often get inspired simply by other musicians being in the room with me. 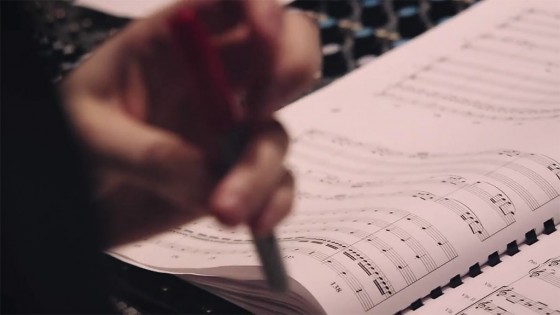 What does one have to experience in the past, in terms of love, pain, suffering, joy, disappointment, etc. in order to compose a soundtrack as emotional and thought-provoking as the one for Ori?

All of the above, and then you have to find a way to express it, that’s the hard part. I don’t really have an answer for that, but I guess if I myself don’t feel anything when listening to the music, I can’t expect the audience to do so either, so that’s what I look for.

Ori was released six months ago, and has since been met with an overwhelmingly positive response, how do you feel looking back at it now?

I’m very proud of the work done on this project. Everything came together in the most amazing way. It’s such a pleasure to work on something when everyone is sailing in the same direction. It’s not just the music team, which was a significant number of people, but everyone involved in the project. For sure there are a few choppy waters on the way that need to be navigated, but if anything, that brings everyone a bit closer.

In terms of the general public’s response, it’s been overwhelming. Seeing covers of the music on Youtube never gets old. Dropping into Twitch streams to watch other people play and interact with them is also something that you can’t really get in any other medium (direct feedback).

I guess the most exciting thing is that there is a large appetite for ‘more Ori’ from the general public, but I guess we’ll just have to wait and see what ‘more Ori’ could actually mean.

All images used with permission by the artist;
© Gareth Coker or their respective copyright holder.