Where others might see a failure, I don’t, because a failure can easily be made into a success, but I cannot turn my weakness into […]

Irakli Nadar is a Georgian digital artist whose main focus is creating hyper-realistic portraits of beautiful models and pop culture icons. As I see it, all of Nadar’s portraits have been successful because all of them have gone viral and brought him thousands of awestruck followers on social media. This artist’s portfolio is a combination of hyper-realism, wonderful lighting, and a set of unique renditions of popular characters like Overwatch’s Mercy and Princess Mononoke.

I think that when it comes to “marketability,” this mix is nigh impossible to beat. Nadar currently displays thirty-six pieces on ArtStation, and if you add up the views, you’ll see that they’ve garnered 1.9 million views, meaning that the community’s interest in a video tutorial from him is going to peak soon. The two video tutorials he does have no commentary so he’d definitely like to improve the product’s quality before releasing anymore.

In the interview, he told Vox Groovy that, “I want to add voice-over narration to my tutorials, but I also want to keep the subtitles for people who are hearing-impaired or for those who speak another language.” Interestingly, he’s also experimenting with a bigger navigator panel because it’s easier to see what’s going on if you can see how the whole painting changes over the course of time.

Today, Vox Groovy brings you an exclusive interview with Nadar where we talk about his artistic past, some of the harsher criticisms he’s been met with, and his plans for the future. (You can expect to see a series of improved video tutorials soon). Here’s hoping that you learn something new!

This goes back to traditional art. Various artists inspired my interest in art when I was just a teen, and as I continued to explore, I discovered the limitless possibilities of digital art through 3D modeling and sculpting. Of course, it caught my attention immediately after.

One of these artists was my father. He inspired me greatly, and he was probably the most important one.

The Vox Groovy Discord server is up and running, so why not get involved?

The server’s aim is to help us create innovative content for the English version of our radio program—Art Relax. This means that you’ll be part of the buzz whenever you share something. Even if you decide to write every single day!

The most important thing is that you share what’s new with you, because we can use those updates when we’re creating the show. 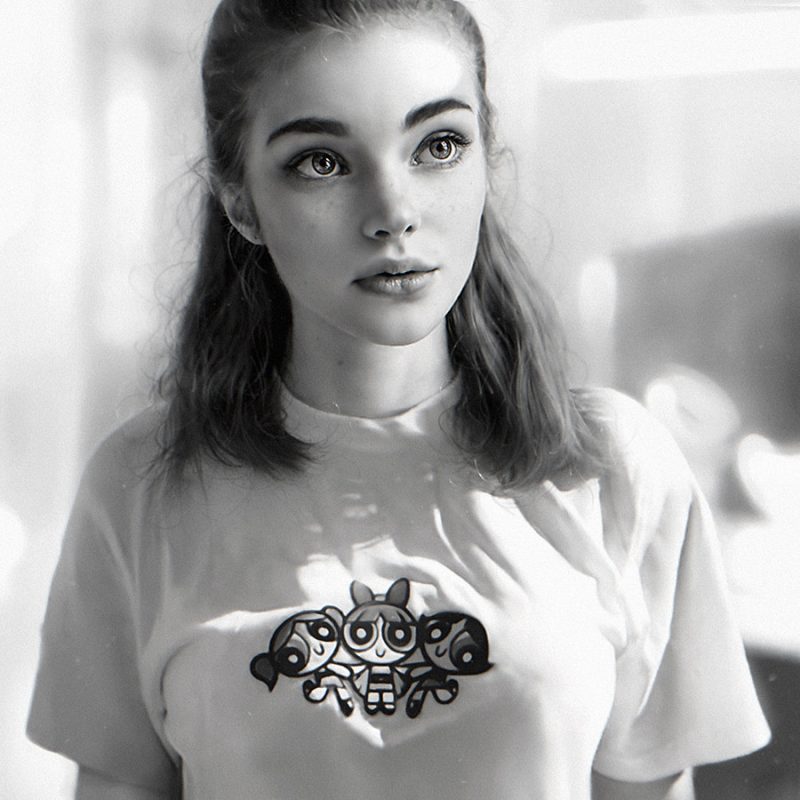 Please tell us a little bit about your tutorials.

Sure, I love creating tutorials! You need to plan ahead for the process of making it and it can get frustrating sometimes, but in the end, it’s all worth it. The process is the same as it is for all of my painting, every detail matters and I do my best to provide essential information. My aim is to improve upon every tutorial I create so that it’s more versatile and easy to understand.

I want to add voice-over narration to my tutorials, but I also want to keep the subtitles for people who are hearing-impaired or for those who speak another language. (They can translate it if they want).

I’m currently experimenting with a large navigator panel so people don’t have to watch me paint zoomed-in details when I paint. With this, they’ll be able to see the whole picture as it changes. Oh, and I’ve been thinking of including a colour history panel because I’d like them to see every colour I choose to paint with. 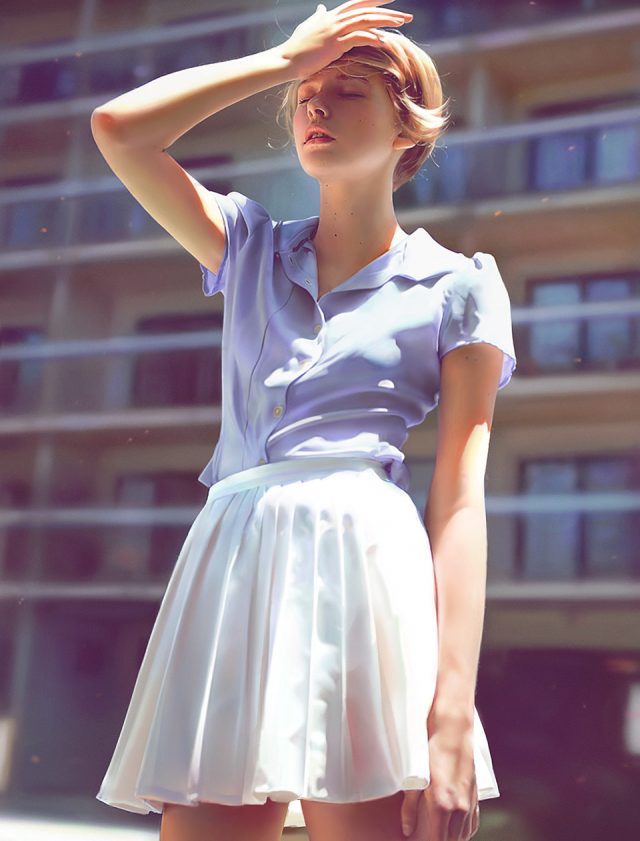 How to Paint Light

I visited your ArtStation and your socials yesterday night. Most people love your work, but there’s also a lot of doubt and a fair amount of criticism (especially in the comments). How would you respond?

I honestly think that it was totally different, the style and my techniques were new for the online community, hence the harsh criticism. Still, art has no rule that says one is not an artist if they have no original artwork (even though I have many). I love what I do, and that’s what matters the most. If someone ever tells you that your art is no good, and that you should stop making it, they’re probably in the wrong because they’re being egoistical, and there is nothing “critical” about that.

We humans are incredibly egoistic, and yet, we care about other people’s opinion so much. It’s quite strange. 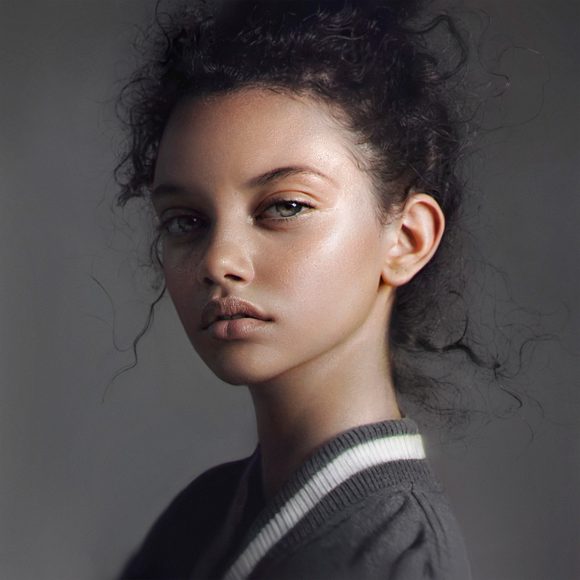 How do you choose your models? There’s got to be a moment where you know that this is the one, no?

This is tricky one because someone might think I only choose beautiful models and photos that are eye-catching, but it’s not all about that. It’s very hard to describe the moment when my brain finally says, “Yes, this is the one!” I honestly think it’s all just experience (and a little bit of luck) for the most part.

I’ve heard a few good arguments to the contrary, but I still believe that both “Style” and brushes are not to be worried about. Style is a by-product, a consequence of hard work through your hand with a particular audience and purpose in mind. Study, keep practicing, and you’ll find your own shorthand. Basically, you’ll find your style, but you can only find it in sweat.

Brushes are neat and pretty, but if you can’t get your story across with a Crayola crayon, what’s the point of neat and pretty? The secret of Photoshop brushes is: find a brush you can clearly communicate with, that you also like to use.

What about live drawing?

Live drawing helps a lot, though drawing from the imagination helps more. It’s sad that drawing is such an underrated art. Yes, everyone knows what it is and most people understand that it’s the skeleton for most paintings, but they don’t appreciate the aesthetic.

I guess it’s because the vast majority of people prefer seeing fully rendered artwork with colour that triggers the brain’s pleasure sensors. Colours do this especially well.

What is your biggest weaknesses as an artist? Everybody’s got one, and a lot of us are going to have the same one as you, so what can we do to work on “fixing” these?

I see weakness as something completely different. Where others might see a failure, I don’t, because a failure can easily be made into a success, but I cannot turn my weakness into strength.

I lack motivation sometimes. And I can’t go around telling people that I’m trying to turn demotivation into motivation, that’s absurd! So what I do is, I search for the source of my weakness and I examine it. After that, I simply remove this source for good, because half-measures won’t cut it.

If there is a problem, I will try to rid myself of it. I won’t try and turn it into something else.

Do you have any favourite bands or musicians? Do you like listening to music whilst you paint?

I must have been a musician in another life. I love music and I listen to it when I paint because it helps with the mood, you just need to be careful not to get carried away too much. It’s best to listen to music when you are adding details or when the hardest part is done, because as helpful as it is, it can be quite distracting as well.

It may sound strange, but I don’t have a favourite musician I listen to over and over again, so when I hear something I like and it makes my ears tingle, I simply add it to my playlist and ride the wave.

When I’m painting, I like to listen to electronic music, lofi hip hop, various ambient tracks, etc. But you can hear all kinds of genres as soon as I put my stylus away. If I had to pick something specific, I’d probably go with Daft Punk and other quality pop.

What are your thoughts on the current state of digital art in the online art community?

Social media sped it up by making things easier for people who want to spread information. Every day, thousands of talented artists create hundreds of artworks and beginners see that and begin to feel inspired. I think that the growing competition is the driving force behind the community’s ability to better its craft, because if it doesn’t, new talent will surpass those who actively choose to slow down.

I know it goes without saying, but this rapid growth has its downsides. I’ve been noticing artists who are spending more and more time looking at other artist’s work, making it harder for them to create something of their own. Time is the most important weapon you have and it’s better if you use it wisely.

What’s next for Irakli Nadar?

My main goal is to be less dependent on reference but also to maintain my personal style and the realism that goes along with it. I like to experiment with different styles, but I don’t see myself changing since I believe that an artist should do whatever he or she is good at. As you know, I’ve spent years studying the human face and portraiture, and it would be careless to abandon all of that on a whim.

All images used with permission by the artist.
© Irakli Nadar or respective copyright holders.