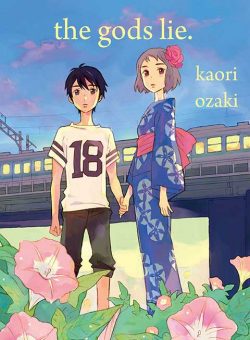 I found a stray copy of The Gods Lie when I was browsing in one of the local bookshops last week.

The lovely pastel-coloured cover art caught my eye instantly, which is why I ended up buying it on a whim. This is actually one of the few manga I purchased without having to stay up all night reading various reviews and watching monthly manga haul videos on YouTube. The copy I have was first published in the UK by Vertical Comics in September 2016. This particular edition has a good Japanese to English translation, and you can clearly see the effort the mangaka put into both the paneling and the artwork. This is great for a one-shot manga like this because the cleanness of the panels makes it really easy to finish it in an hour—or maybe an hour and a half if you’re going to be admiring the drawings. In overview, everything came together nicely with the story and art complementing each other throughout.

The Gods Lie revolves around the relationship between Natsuru Nanao and Rio Suzumura. Natsuru—the main character—is a normal 6th grader who loves to play soccer. However, things took a turn for the worse when the old soccer coach was diagnosed with cancer. The school chose to replace Mr. Okada, who was well liked by the children, with the much less likable Coach Sakai. Surprisingly, the new coach, who has a JFA license, is nowhere near as good at coaching as the old one. It got to a point where Natsuru chooses to skip soccer camp, spending the weekend together with Rio and her younger brother instead.

The story begins to unfold when Natsuru learns that the two of them have been living on their own, and that Rio had no choice but to take care of her younger brother herself. After that, they become very close, and the three of them begin to look and feel like the family they never had. Of course, there are some interesting plot twists along the way, but I won’t be spoiling them for you.

Don’t let the title fool you — The Gods Lie has absolutely nothing to do with religion, it’s more of a metaphor for how we perceived adults back when we were younger. Children will see the infallible authority figure who is seemingly capable of doing a whole lot more than they ever could. And yet, for better or for worse, most people grow up to be something very different — like Rio’s father — the vast majority of adults are nothing more than children who happen to have responsibilities.

Of course, the lie doesn’t always have to be a means of escape, it can also be a way in which parents can instill a flicker of hope in their child. This manga has a lot of themes and ideas which it explores, but at the end of the day, this is about two children who are slowly coming to terms with unfulfilled promises. 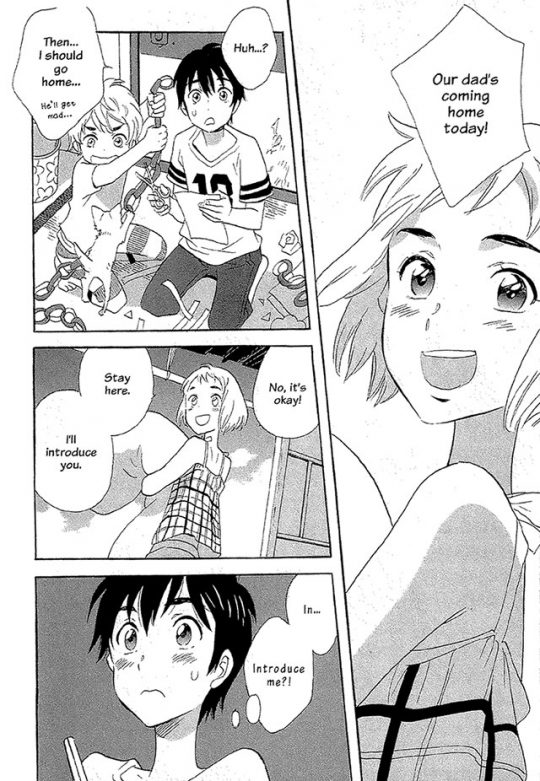 I think that the author of this manga isn’t overselling her work by exaggerating its merits like a lot our contemporary authors would do nowadays. The Gods Lie is a wonderful lament on an inevitable realization we were all met with at some point in our lives. Your parents are people too — just like you. They have feelings and emotions, and they are prone to stupid mistakes. But that’s just how people work.